In writing we encounter Yxtaholm as a settlement already in 1329, when then-owner Lars Knutson, records his will; ”Curiam meam Yxta parochia medhellösu” – I created my Yxta he writes. The settlement, which then bore the name Yxta was located on the mainland at Yxtasjön and the built of wooden houses.

1550 takes Nyköping Slottslän over ownership of Yxta. Thure Jönsson Thre Roses was a former sheriff. The farm is transferred into private ownership in the late 1500s and in 1581 receives Sven Jönsson Lillie of Duke Charles, then at Nyköpingshus, the right to erect a manor on Yxta.

During the 1600s flourished Yxta and a new luxury villa, in wood built on it, in Yxtasjön, projecting peninsula. Now change the name of the settlement, Yxta will Yxtaholm.

1728 went Yxtaholm handed and came to be used by the family Sparre children. One of these, Beata Gustavagården, marriage to the Livonia moved from Nils, Gustaf Clodt. It was during the family Clodt's possession that Yxtaholm adopted its current form.

The years 1750-53 refurbished castle for 78,890 daler copper. The previous wooden buildings replaced the main building and wings of whitewashed brick. Added to this is the stately stables on three floors, gazebo, laundry room and orangery. All buildings constructed in brick, burned in the still existing brick oven, which then vitrappades.

After Clodt's death of pledged property to Anders Tottie, who in 1797 received His Royal Majesty state that although commoners take over the manor as its property.

In the 1800s, the owners of Yxtaholms Castles alternated frequently. Mention may be the families de Geer, von Platen, Hamilton, Brehmer and Rettig. Furthermore, during the 1900s the first half; families Uggla, Bielhe, von Rosen, Hoffman and Braunerhjelm.

1948 Bought the Confederation of Swedish Enterprise (formerly the Swedish Employers' Association – SAF) Yxtaholm and equipped up the decayed castle in style. Yxtaholm then came to be used as a boarding school and training center. Guest rooms with bathroom, conference rooms and dining rooms were made up and renovated.

Current owner Wonna in de Jong bought Yxtaholms Castle in autumn 2010 and the castle is run continued as hotels and conferencing.

Yxtaholms Castle is located in the middle of Sörmland in Flen, only a little over an hour's drive from Stockholm, Uppsala, Västerås and Eskilstuna, Örebro and Norrköping. Here is today, in private, hotel and restaurant with attached conference center.

It offered excellent opportunities to enjoy the beautiful environment, rest and recreation, good food prepared with seasonal ingredients, or of rewarding conference work.

The hotel has 79 beds divided into single & double rooms as well as a number, superior, suites and mini-suites. Dining rooms and lounges are housed in the castle building. Conference rooms for 10-80 people are in the stately stables. Gilded surroundings of the castle park, the surrounding two lakes and the nature park offers visitors to Yxtaholm an opportunity for a pleasant rest, enjoyment and pleasure. 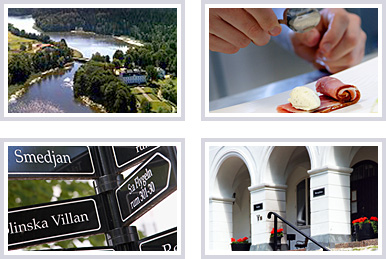 Pictures of the castle. 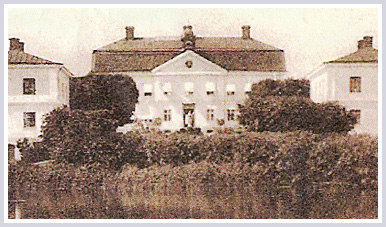 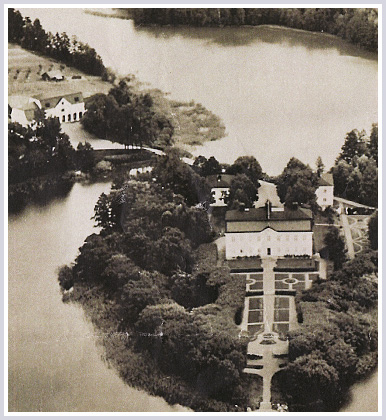